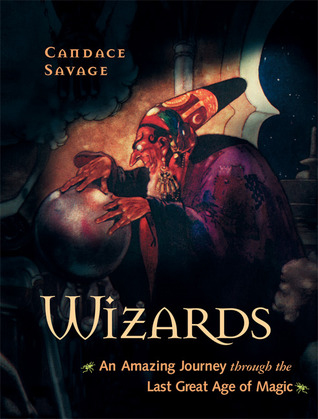 An Amazing Journey Through the Last Great Age of Magic

Wizards takes us back to the 1500s and 1600s, when real live sorcerers read the future in crystal balls, when villagers cast spells on their neighbours, when the magical arts were a normal part of everyday life and when real live boys studied to become wizards—including Sir Isaac Newton, the great mathematician and scientist.

Covering all aspects of the magical arts, Candace Savage describes the dark arts, which were the realm of the devil; natural magic, which used ordinary objects like dried flowers and ear wax to perform miraculous cures, divination; the art of looking into the unknown world; astrology, the art of reading the stars; and alchemy, the search for the mysterious philosopher’s stone.

As wizards pursued their research, some were led into the abstract world of mathematics and science. It was only a matter of time before they developed mathematical formulas, and calculated the effects of gravity, among other scientific accomplishments. Thus began the Age of Science, the final chapter in the wizards’ quest to unlock the secrets of the hidden world.